By admin August 4, 2015 Uncategorized No Comments
0 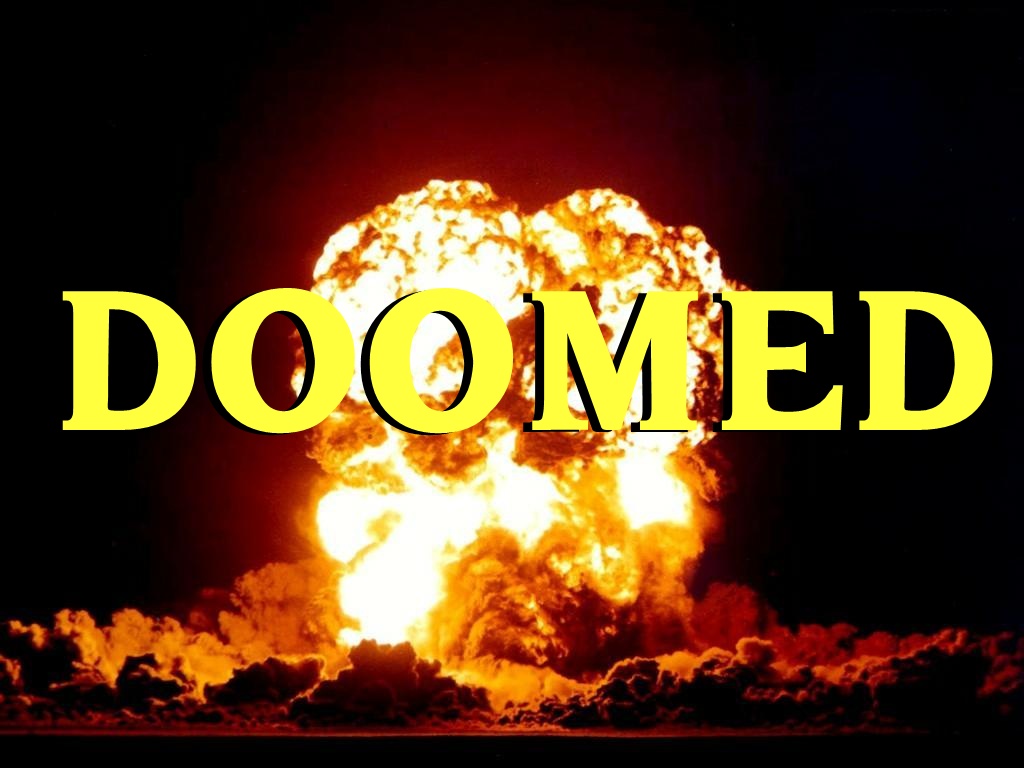 Another note – this started out as an idea for a column about a single subject — and has expanded and grown to over 5500+ words with some input and insights from others (without even being close to the start of a definitive list of current difficulties with agencies.)

To make it “easily digestible”, I’ve split the entire up into serial series of three parts for ease of consumption – all to be shared over the next three days.  With the announcements now complete, away we go…]

I’m taking a bit of diversion from the usual topics of customer experience today to talk about some of my past work history – and how I know large holding company marketing and advertising agencies will, at least on their current path, quickly become a thing of the past.

Or at least they continually act like the blight on the business landscape that they’ve currently placed themselves in; and they should be on their way to well-deserved extinction from the marketing discipline (although there are common themes of customer experience to be learned from this as well – but we’ll get to that.)

To clarify, I’m not talking about smaller independent agencies – most formed by people who successfully managed to escape the machinations of the holding companies to create something with a bit more purpose – namely serving the needs of their clients first while trying to produce effective campaigns.  There are a number of independent shops who have yet to sell out to the holding companies – and manage to help their clients, produce respectable work, and enjoy their daily efforts as well.

I know I’m not going to win a lot of friends in the holding company agency world after writing this lengthy post – but then again those very same agency people are some of the most overly-sensitive people you get when it comes to actual constructive criticism.  To add, they themselves as individuals are not very inward-focused in terms of trying to look at how to actually improve the die they have cast, and then slowly stewed in for the past couple of decades.

Just to clarify again: “Improve” in this particular regard means to meet the varying needs of their clients – and the consumers of the clients they purported trying to help.

But having spent about 15 years being the “hired gun” for a number of holding companies (all the biggest ones you can think of – WPP, IPG, Omnicom, Publicis, etc. – along with a few global “consulting strategic houses” as well – all highly recognisable names), I’d like to think I’ve learned and gleaned a few things over the years.

It has helped my insights that that I have spent a lot of time interviewing client-side people recently over the past few months, including a number of CEOs and other C-level people in Fortune 1000 companies, to see what their thoughts when they cross paths with these agencies and global consulting companies.

This is just a short list of issues identified and discussed out of these types of conversations – mixed with my experiences as well.  (If you’d like more documented evidence of what I discuss here, please feel free to use articles like this from Harvard Business Review as a base guideline – although it is far from the only piece of documented discussion on the topic.)

Now on with the aforementioned list of issues wrong with agencies:

Yes, advertising is a “young” profession – but there are a vast number of people who work in agencies that have an initial skill that they are good at (how good is left up to interpretation) – be it manipulating pixels in a web browser, developing a project plan to try and get the job done on time & budget, develop a creative idea that they think the client will like, etc.  But the problem is that is seemingly the solitary skill they possess – they have no concept of what it is to run a business, and the entire scope of knowledge required to do so.

There is no training, formal or informal, in the industry that allows the masses to learn the necessary skills that are now required in the business, as it comes from varied experiences – something not afforded to a vast majority in the industry as it is a series of perverted fiefdoms.  If somehow learned, once they get the necessary experience (if at all), they tend to flee the big agency world as quickly as possible as they realise there is no path forward for someone with ambition to apply their new learnings.

An agency employee is generally interacting and working for a client who works for a large international corporation – and these clients are not just focused on the single skill that they may or may not have within their agency team; but trying to develop products, get new customers while keeping their existing ones happy, getting products manufactured and shipped, get paid for them, develop new international markets, dealing with government regulation, etc. – aside from the singular marketing aspect to it all.

The entire process is not helped by the fact that the word “collaboration” may be spoken and heavily referred to between internal agency groups (much like the tired terms “multi-disciplinary”, “360 view”, “synergy”, etc.); but true collaboration between groups rarely happens (if at all) – so often the client is left to figure out on their own what is going on with various pieces of their projects because no single point of contact who knows the complete details.

The best analogy I’ve come up with was in collaboration with a former very senior executive at one of the current biggest global holding company marketing agencies.  At that time (a few years ago), he had left the agency world to consult directly for some of his former agency clients because he was, in his words, “fed up with the agency world. “

We sat down over lunch at a private members club he belonged to here in London, and surmised over the course of the meal, that if you have a 100 person agency (using round number for easy explanation) – the typical agency has “93 kids, 6 adults and one wise man” (or woman.)

You have the 93 kids running around, often aimlessly and without purpose.  You have the six adults – some of who might actually be able to contribute to solving the client’s problems….if they didn’t have to spend all their time babysitting the 93 kids.  And you have a the “wise (wo)man” – the person that can actually help the client solve the problem at hand, and probably a few more beyond that.”

The problem we surmised was that the “wise one” was either too entitled or high up in the agency food chain to actually worry about doing any actual tangible work for a client; or that the other 99 people in the agency had turned the “wise person” into a “bomb disposal technician” – trying to disarm all the trouble that they had caused in the day-to-day process of running the account into the ground– and keep the client, if not happy, still part of the agency’s balance sheet.

We were quite pleased with what we were able to come up with over the lunch conversation (aside from talking about other actual client-related issues.)

Sadly, my lunch companion on the day has once again returned to the agency world as the Global CEO of a highly mediocre (at best) global holding company agency – where they do nothing particularly well it seems – as per their client and past employee feedback.

I once worked in an agency of about 120 people or so – 45+ members of the staff were varying levels of “the account management team” – over a third of the staff.   Alas again, a lot of them were low-level, young professionals with no appreciable skill or tools to help the client at the end of the day.

“The Suits” as they are consistently referred to as a collective group – well there were five or six fairly senior heads and CSDs floating around too – I respected one of them, because he seemed like a guy who really wrapped his head around different ways to help the client out.  The rest of them (and I’m talking about the group of 40+) were nice enough people – but not someone I’d rush out to help solve a business/client-related problem.

They didn’t do “strategy” because that was the planning department’s remit, they didn’t deliver creative ideas, they didn’t run projects as that was left up to the project managers, they didn’t deliver anything perceptible to the effort – they just seemed to exist in the building to apparently develop a client relationship…and we can see how well that model is working these days with constant reviews of business.

The best personal summary I have for an example of this lack of need of account management was that I had set up a meeting with an existing agency client for them to come in to our offices and discuss a potential new project that I wanted some feedback on before I progressed with it.

I informed a couple of people in the client’s agency account team that I’d already set up the meeting with the client just so they were kept in the loop.  A couple of hours later, a young cheery account exec stopped by my office and asked “How many people is the client bringing to the meeting?”

I responded, “I don’t know – maybe four or five.”  She asked if I could find out the exact number.  The client ended up bringing five people at the last minute – so we “had to have six people in the meeting.”  (On the way to greet the client upon their arrival at our offices, we recruited one junior account executive who had nothing to do with the account to sit in the meeting to make up the required numbers – he just happened to be sitting at his desk doing nothing in particular at that moment.  I was later told it was an unwritten agency policy that you always have to have one more person in the room than the client has shown up with.)

So there we were in a conference room — five client-side people on one side of the table, and six agency folk on the other, staring at each other.  I was the only agency person that needed to be in the room for the meeting as I was the one that called it – the rest were just there taking unneeded notes and asking unwanted questions as their raison d’être.  Of course, we ended up billing the client for the time for all six people in the room.

(So this is the end of part one — part two to be published tomorrow — with the final installment on Thursday morning.  Feel free to leave feedback as I enjoy reading comments — even critical ones!)